YOU WANKER! THERE IS NO OTHER NEWS! 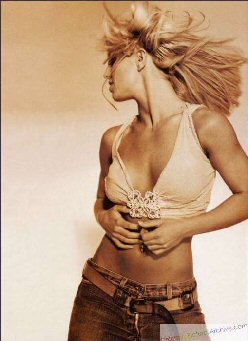 Have you ever seen The Second Civil War? You haven’t? It’s a 1997 comedy about an immigration issue that spirals into a second U.S. Civil War. It’s funny — you should watch it. (You should get high first.) The point is, there’s a very important scene in this movie: two news anchors are reporting live on camera on the in-progress Civil War. The man says “And, in other news,” and then the woman turns to him and screams “You wanker! There is no other news!” It’s been a running joke among my friends and I since, well, 1997. But it’s ever so fitting, now, as the celeb gossip world begins to wade through the emotional hangover that inevitably follows any Britney Spears Divorce Day. What else could possibly be of any import? I hear murmurings of some political elections that happened yesterday, and it’s possible they even took place in the U.S., but who cares? Britney Spears filed for divorce.

Alas, I have a job to do, and all the other celebs are all alive and well and going about their non-Britney-Spears-divorce business, so here goes:

Anna Nicole sold the video of her C-section. Check out the (very graphic) trailer. [Defamer]

Kanye West didn’t mean to be such a jackass at the MTV Europe VMAs. He was just drunk. So it’s totally okay. [HGW]

Apparently Rosario Dawson and Jason Lewis have been dating for two years. Don’t waste too many brain cells on that, because they split up. [Pop on the Pop]

R&B star Mya suffers a panic attack and is taken to the hospital after eating a marijuana cookie. [CelebSlam]