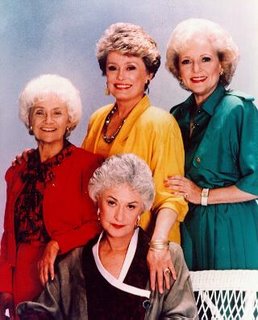 This article on CNN.com really struck me because I didn’t realize that TV theme songs had disappeared. This makes me sad. I fully enjoy singing along to “Thank You for Being a Friend” (Golden Girls) when I’m watching Lifetime. I also when drunk have been known to get “Charles in Charge” stuck in my head. I bought that awful CD that had the “Friends” theme song. I also remember secretly planning out my hot head turn that was going to be my title shot when I joined that cast of Melrose Place. Evil Beet and I found a shared love for Shawn Colvin after her song “Climb On” on “Party of Five” before the theme song was changed to “Closer to Free”.

Sad that this has all gone away. They had a 26-second theme song for “Grey’s Anatomy” but that has been scrapped. “Two and a Half Men” has a cute little intro, but not many shows have those fun intros where you get montages of characters and snappy little songs. Even the shows that do have opening credits sometimes scrap them entirely just for a title-flash.

I secretly dream of a world where Lost has a “Beverly Hills 90210”-esque opening including Sawyer ripping off his shirt and Jack running down the beach “Baywatch” style.