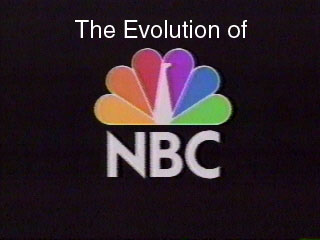 Today I was in a cab going to work (usually T does take the good ole subway but the foot is still on the mend) and I saw these HUGE NBC billboards up procliaming that they are the #1 network for morning and evening news shows. I didn’t really put two and two together until I was reading PageSix. They were up right in front of ABC studios on West 67th St. Evidently, NBC, sad that they are getting wacked in the ratings from shows such as Lost and Grey’s Anatomy decided to pull the network equivalent of a “na nanny boo boo.” They are nice billboards but a bit of an overkill. Why not try to get more viewers to the shows that aren’t doing so well like “Friday Night Lights” and “Studio 60” rather than pat themselves on the back for not sucking it up a couple of hours in the day. ABC, of course took the “high road” stating, “Maybe if they spent that money on the staff they’ve been firing as opposed to some sophomoric stunt, they’d be in better shape. We didn’t realize that layoffs of 700 people and billboards were part of their strategy.” Snap ABC. Hopefully this bitchfight continues. Maybe Meredith Viera can go slap Kelly Ripa in the face.