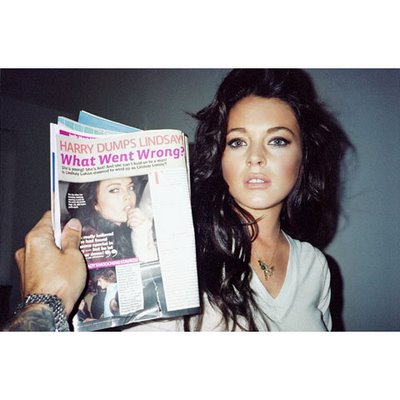 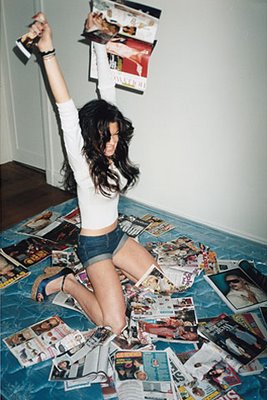 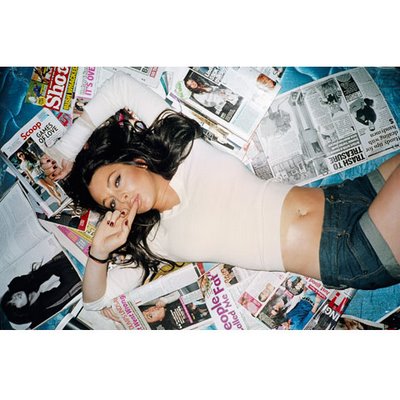 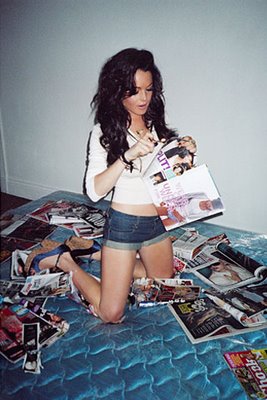 This hasn’t happened in a long time. She recently gave an interview to GQ, and, you know what? She’s pretty funny. I laughed — with her, for once, not at her. Here’s a snippet:

We met Lindsay Lohan in the garden of the Chateau Marmont hotel in Hollywood. We had a margarita. She had aâ€¦beverage.

Can we tell people weâ€™re doing this interview in the menâ€™s room at Yankee Stadium?
Yes. And tell them that weâ€™re dating.

Does it make you sad that celebrity magazines never write about you?
It does. I really wish they would do more. Iâ€™m trying to become friends with all the cool famous people, the ones that go to clubs all the timeâ€”try to get into those tabloids a little more.

Tell me about an average day in the life of Lindsay Lohan.
It starts out with a 5 a.m. hike through Runyon Canyon to watch the sunrise. Then I go outside, and I try to find the paparazzi. I go down to Robertson Boulevard, try and search for them, find them, and bring them food.

And then what do you do at night?
Well, of course, Iâ€™m sitting at the computer all night.

Have you ever read anything interesting about yourself on the Internet?
No. I wish theyâ€™d be clever and make something up for me.

Thereâ€™s some interesting stuff about you. Irocman39 in Skokie, Illinois, says youâ€™re the â€œsmokinest woman on the face of the earthâ€â€”
God bless him.

â€”and that he wouldnâ€™t kick you out of bed for eating saltines.
I donâ€™t eat. Donâ€™t you people know? Itâ€™s all about anorexia and bulimia nervosa.

And to top it off, she looks damn hot in the photo shoot. She only spends about half of the shots giving the camera her patented I’m-Lindsay-Lohan-and-I-am-confused-and-surprised-by-my-surroundings look. And I love her shoes. That has never happened.