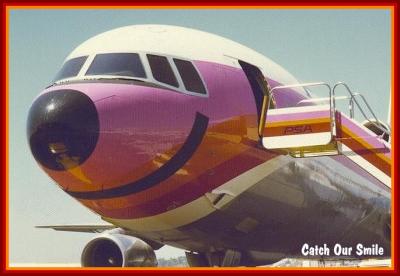 For those who are unfamiliar with the term “mile high club” it essentially means doing it in the airplane bathroom. It is best done on an international flight when all the lights are out and nobody can tell what you are doing. (Don’t ask if I say this from experience). The dumbest thing to do is to try to get some nookie on the airplane in plain sight. A couple, who I’m guessing had had too many cocktails at the airport bar, did just that on a Southwest flight and now are paying the consequences. According to an article on Breitbart, they were seen “snuggling and kissing inappropriate…making other passengers uncomfortable,(the man) was observed nuzzling or kissing Sewell on the neck, and … with his face pressed against Sewell’s vaginal area. During these actions, Sewell was observed smiling.”

I guess the flight attendant asked them to stop and the man threatened her with “serious consequences” if they were not left alone.

At landing, they were charged with violating the Patriot Act and could be charged with 20 years in jail. That seems a bit extreme, don’t you think? Makes you think twice about getting busy in the air. Sad, air travel used to be so much fun.