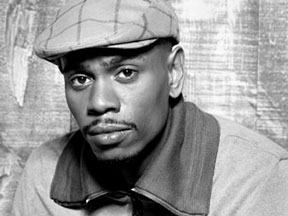 Perhaps Dave Chappelle should try his hand as a magician, since he seems to have this disappearing act down pat. At the last minute, Chappelle canceled this Thursday’s scheduled appearance at Las Vegas’ Comedy Festival. Bill Maher, whose act was supposed to follow Chappelle’s, will now perform an extended set. Chappelle has not provided an explanation, and the Comedy Festival is issuing refunds at points of purchase.

This isn’t the first time Chappelle has pulled a stunt like this. In May 2005, he mysteriously walked away from his Comedy Central hit, Chappelle’s Show, and surfaced in Africa soon after. Said Chappelle at the time: “The bottom line was: White people own everything. And where can a black person go and be himself or say something that’s familiar to him and not have to explain or apologize?” This time around, reps for HBO and Chappelle, once again, cannot be reached for comment.