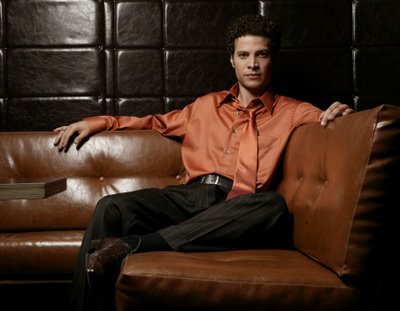 That is really the title of his latest CD. Since today is American Idol day, and I am sick of writing about K-Fed, I thought I would check in on our favorite has-been American Idol runner up. He was supposed to be in this turkey of a musical called “Good Vibrations” a couple years back and pulled out because he wasn’t the “star.”
According to JustinGuarini.Com, “Justin has been sought after for many popular television programs, independent and theatrical films, and public as well as private events.”
Really? You learn new things ever day.
As an actor according to Imdb.com, he will be appearing in “Frankie the Squirrel” as Keith (the high roller). I guess he also had a rockin performance in New Jersey. Well, according to this website, at least he still has fans.