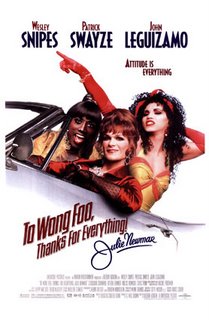 They forget to pay their taxes too.

Wesley Snipes, who stopped making relevant movies in the mid-90s, evidently got caught making false returns to the tune of 12 million dollars. Now this would be just a boring “stupid celebrity forgets to pay their taxes story,” but he also had another brilliant idea in 2005.

He tried to leave the country of South Africa with a fake South African passport. Accoring to IMDB.com, “the actor was later allowed to leave the country but his immigration status has been reduced to ‘undesirable’ and his false passport confiscated.”
Sounds like somebody got a bit crazy where their movies started going straight to video, or when they went from playing a street-wise hustler to a drag queen?

I totally am waiting for an E! True Hollywood Story!