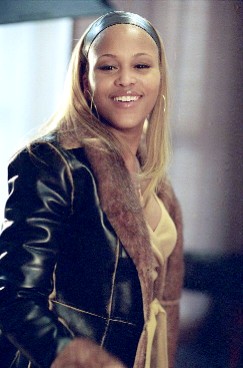 In Touch magazine is reporting that Rick Salomon and rapper Eve were spotted getting cozy at Hyde nightclub. Is the infamous Eiffel-towered star of One Night in Paris planning to title his sequel Summer’s Eve? Or perhaps Paris Hilton’s former boyfriend has finally found a starlet willing to insert a liquor bottle into her lady parts while being videotaped, an area in which Paris was a grave disappointment. Eve does have a history of sex toys and videotape. Regardless of their individual rationales, rest assured that the real loser here is you, as you’re sure to be up all night, engaged in a Jacobian wrestling match with the God of your personal allegiances, struggling to determine which of them you actually care less about.