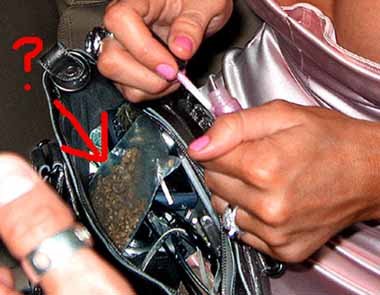 Either that or she never knows when she’ll need pepper flakes.