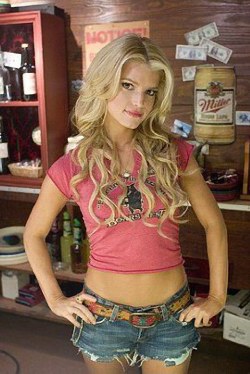 Apparently Joe Simpson didn’t get the memo that Dukes of Hazzard sucked. He’s planning to open a chain of restaurants called Daisy Dukes, to capitalize on that one movie that capitalized on his daughter’s tits and ass. I don’t understand how he has time for this sort of endeavor, between micromanaging his daughters’ careers and personally photographing their breasts just so, but where there is money to be made from his children’s sexuality, there you will find Joe Simpson.

The former reverend plans to launch the restauarant in Las Vegas in 2007. Look for Ride Me: The Jessica Simpson Amusement Park by early 2009.