Are You Done Yet, Kristin Cavallari? 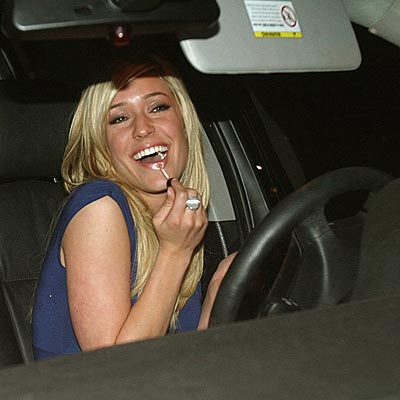 NYC scenesters say that the former Laguna Beacher has been working it hardcore at NYC Fashion Week, showing up everywhere that’ll have her. I hope this signals the decline of the Kristin Cavallari reign, and a possible return to the golden days of the Pax California, where you actually had to be the child of someone famous to get famous for absolutely nothing.

Let’s take a look at what Kristin’s done since her Laguna Beach wrapped in 2005:

Kristin, sweetie, here’s a tip for you. If you want to stay in the papers, take a look around you. What are all the other famous-for-nothing girls doing? What sells magazines? What do rubber-neckers worldwide love to see on a cover?

Model claims she had 'year-long' affair with Adam Levine