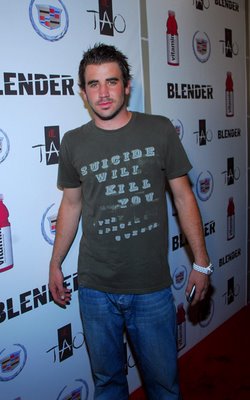 I’ve had approximately one billion hits with this search term, or a variation upon it, today. So okay.

Yes, Jason Wahler was arrested in NYC on September 1, a little past 4 am, and charged with 3 counts of bribery, criminal possession of a controlled substance, resisting arrest and disorderly conduct.

So, um, here’s what I assume happened:

1) LC’s ex-love bumped a few lines (of cocaine. Yes, people. Probably of cocaine. Are you happy now?)
2) He did some stupid shit. (Jason Wahler? You’re kidding me.)
3) The cops got involved.
4) The cops suspected and then confirmed that drugs were involved.
5) The words “Don’t you know who I am?” were spoken. Probably by both parties.
6) A bribe was offered. Thrice.
7) All bribes were rejected, Jason was arrested.

Update: Oops…He Did It Again!