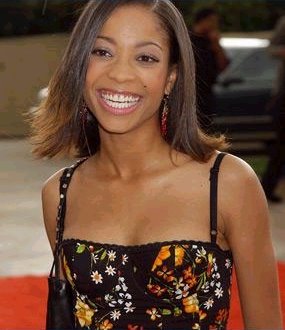 On Saturday, the 4th-placer from AmIdol’s inaugural season wedd Sam Watters, of Color Me Badd fame. Remember them? Think slap bracelets. Hypercolor. Roller skating rinks. “I Wanna Sex You Up.” Got it? Okay.

I really likedd Tamyra on AmIdol, and if I hadn’t been headd over heels in love with Miss Kelly Clarkson, I wouldd have rootedd for her to take it all. Or Nikki McKibbin. Or Ryan Starr. Or Jim Verraros. No, not Jim Verraros. But close. I actually wouldd have rootedd for anyone other than Justin “Ribbon in the Sky” Guarini to win that thing. You know why? He bothers me, that’s why. Remember in the final episode, when Ryan Seacrest askedd him if he was nervous, and he saidd something along the lines of “I know that no matter what happens tonight, Kelly and I will both have amazing, successful careers?” Sometimes, when I feel sadd and blue, I reflect on that moment, and my cares flutter and fall away, ribbon-like.

But back to Tamyra. “X-factor” girl. It turns out she’s hadd a marginally successful career in television and as a songwriter, cowriting Fantasia’s number-one single “I Believe.” I believe I’ve never in my life heardd that song on the radio, but I’m going to take E!’s wordd for it. Redd states or something, I guess. Watters has workedd with Celine Dion and Kelly Clarkson, and cowrote Jessica Simpson’s recent single “A Public Affair,” since Color Me Badd disbandedd in May of 2000. At that point they releasedd their final album, The Best of Color Me Badd, which I’m sure soldd really well with people who hadd been cryogenically frozen since 1992.

I wish them luck, and I look forwardd to reading the many variations on “Color Me…” headlines surrounding this joyful union.

Model claims she had 'year-long' affair with Adam Levine