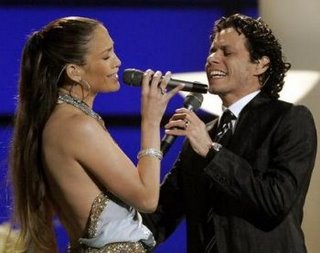 Let’s start from the beginning: hottie Jesse McCartney is dating Katie Cassidy. Who is Katie Cassidy? For starters, she’s David Cassidy’s daughter, although I remember watching an MTV special about her fledgling singing career several years ago, and she had basically no relationship with her father other than him calling bi-monthly to urge her not to pursue a singing career. When the singing career eventually failed to pursue her, she must have gone into acting, as I hear she beat out the likes of Kristin Cavalleri and Jessica Simpson for the role of Lucy Ewing in the upcoming film adaptation of Dallas alongside John Travolta.

Enter Jesse McCartney. In an otherwise mundane interview with Atlanta’s Star 94, McCartney was asked if girlfriend Cassidy could give them the scoop on why Jennifer Lopez was fired from the project.

Madonna shares rare pic of her with all her kids