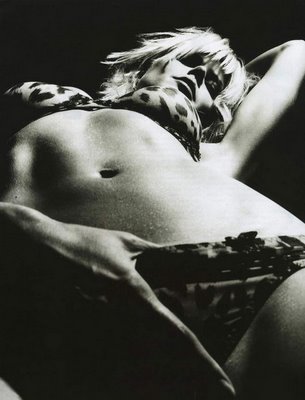 Also, as of this morning, Pluto is no longer a planet. A bunch of scientists who are way smarter than you are took a week off from pursuing passing fancies like curing cancer to bicker red-facedly in Prague over this matter. From Yahoo news:

Although astronomers applauded after the vote, Jocelyn Bell Burnell â€” a specialist in neutron stars from Northern Ireland who oversaw the proceedings â€” urged those who might be “quite disappointed” to look on the bright side. “It could be argued that we are creating an umbrella called ‘planet’ under which the dwarf planets exist,” she said, drawing laughter by waving a stuffed Pluto of Walt Disney fame beneath a real umbrella.

Hang on let me catch my breath.

My God Heidi Klum is hot.

Andy Cohen to host docuseries on the "Real" Reality TV