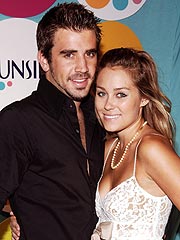 The Hills’ Lauren “L.C.” Conrad and her boyfriend, goofy-lookin’ Jason Wahler, had the good sense to end their relationship just as filming for the show had gone on hiatus, sending film crews scrambling to catch the drama they’d been waiting around to catch for the past six months. Production staff are depressed in part because their summer vacation ended practically before it started, but mostly that a 20-year-old FIDM student from Laguna Beach has the power to do that to them simply by dumping her boyfriend.