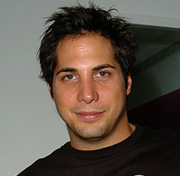 Normally when a paper runs a profile on some dude who’s a real asshole, it’s tempered somehow, as in, “During the week I spent with Gibson, it became clear that he was a blatant anti-Semite and a reckless drunk, but there’s a true sense of decency beneath it — a genuine, if long-suppressed, desire to help small kittens and fly-covered people in Africa.”

Not so much here, in Claire Hoffman’s strictly nauseating recollection of the time she spent shadowing Joe Francis, the founder of the “Girls Gone Wild” empire.

You think she’s told you the worst of it in the first few paragraphs:

Joe Francis, the founder of the “Girls Gone Wild” empire, is humiliating me. He has my face pressed against the hood of a car, my arms twisted hard behind my back. He’s pushing himself against me, shouting: “This is what they did to me in Panama City!”

It’s after 3 a.m. and we’re in a parking lot on the outskirts of Chicago. Electronic music is buzzing from the nightclub across the street, mixing easily with the laughter of the guys who are watching this, this me-pinned-and-helpless thing.

Francis isn’t laughing. He has turned on me, and I don’t know why. He’s going on and on about Panama City Beach, the spring break spot in northern Florida where Bay County sheriff’s deputies arrested him three years ago on charges of racketeering, drug trafficking and promoting the sexual performance of a child. As he yells, I wonder if this is a flashback, or if he’s punishing me for being the only blond in sight who’s not wearing a thong. This much is certain: He’s got at least 80 pounds on me and I’m thinking he’s about to break my left arm. My eyes start to stream tears.

The next few pages contain similarly wince-worthy commentary on what a sonofabitch this guy is. Midway through the article, as a reader, I actually found myself relieved and pleased to read this:

I was pleased because:

Then, when I thought the worst was over and we could all play in the Paris-Hilton-Joe-Francis-forcible-auto-sodomy sandbox for the rest of the day, I read this:

Footage from that night shows a close-up of Szyszka’s driver’s license, proving she’s not a minor. The camera then captures Szyszka lying on the bed. Her nails are chipped, her eyes coated with makeup. Following a camerman’s instructions, she shows her breasts and says, “Girls Gone Wild.” She seems shy but willing. She smiles. The unseen cameraman asks her to take off her shirt, her skirt, then her underwear. She sprawls on the bed, her legs open. At his suggestion, she masturbates with a dildo, saying repeatedly that it hurts but also feels good. Francis enters the room at certain points and you hear his voice, low and flirtatious, telling her, “You are so adorable.”

When she says she’s a virgin, he responds: “Great. You won’t be after my cameraman gets done with you.”

When I talk to Szyszka seven days later, she says she “didn’t quite realize” she was being filmed. “But I didn’t care because I was drunk and who cares?” Then she adds: “It didn’t feel good to me at all, but I was totally faking it because I was on ‘Girls Gone Wild.'”Eventually, Szyszka says, Francis told the cameraman to leave and pushed her back on the bed, undid his jeans and climbed on top of her. “I told him it hurt, and he kept doing it. And I keep telling him it hurts. I said, ‘No’ twice in the beginning, and during I started saying, ‘Oh, my god, it hurts.’ I kept telling him it hurt, but he kept going, and he said he was sorry but kissed me so I wouldn’t keep talking.”

Afterward, she says, Francis cleaned them both off with a paper towel and told her to get dressed. Then, she says, he opened the door and told the cameraman to come back, saying, “She’s not a virgin anymore.”

He firmly denies ever having sex with the girl, then days later his lawyer says the sex happened, but was consensual.

It’s difficult to properly summarize this piece. I’ve never read such a purely scathing review of anything or anybody in a mainstream paper. Glitter was better received by most newspapers. At the very least, this is an unsettling way to start the week.