Mel Gibson Takes Well-Deserved Break from Being Holier Than Thou, Drives Drunk 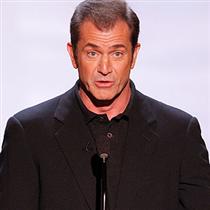 Way to go, Melly boy! You’ve earned it. All those years of being so much better than everybody else are bound to take their toll on a man. TMZ reports that everyone’s favorite alleged anti-Semite is trying on a new hood — ahem, hat — as a drunk driver. According to the report, he was pulled over early this morning in Malibu heading eastbound on PCH (side note: at what point in Malibu does PCH run eastbound?) and blew a 0.12 BAC. The legal limit in California is 0.08, so with a little mathemagic we can definitively state that Mel Gibson’s blood alcohol content was 50% above the legal limit. It just kind of rolls of the tongue, doesn’t it?

Update: Wow, turns out the “alleged” part was a pipe dream. Gibson spewed anti-Semitic venom at the arresting officer. Elliott Back has the highlights. Apparently the police didn’t want to publicize those little details, fearing they’d be “way too inflammatory” in the face of the current situation in Israel. Does anyone ever wonder how much of this shit fell through the cracks before we had bloggers to pick it all up?

This also helps explain his apology today. In it, Gibson claims he “said things that I do not believe to be true and which are despicable.” He also claims he has “battled the disease of alcoholism for all of my adult life and profoundly regret my horrific relapse.” Melly old son, plenty of alcoholics in this world do nothing more inflammatory than talk to ferns. It’s a vicious disease, sure, but no one believes for a second that you don’t hate you some Jews.