Wesley Snipes is on the Lam 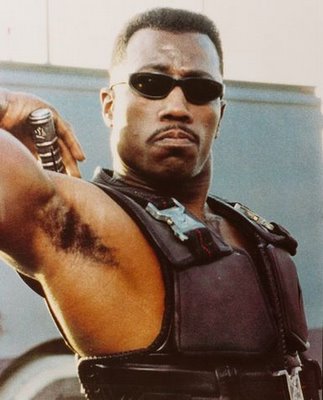 It may be true that White Men Can’t Jump, but we’ll just see how they manage the extradition of U.S. tax evaders living in friendly West African nations.

Wesley Snipes was indicted last week for attempting to cheat the U.S. government out of nearly $12 million in false refund claims and not filing any returns — at all — for six years. The Smoking Gun has Snipes’ 1997 filing, in which the Blade star reports a net adjusted gross income of zilch.

Where is Snipes now? He’s in Namibia, filming a movie titled Gallowwalker. Snipes has been there since August, at which point Namibia did not have an extradition treaty with the U.S. They passed such a treaty — unilaterally — in September, amidst the Kobi Alexander drama, so one can assume Snipes will eventually be dragged back to the U.S. to face charges. He faces a maximum of sixteen years in prison, where I’m sure all the To Wong Foo-related praise will be, somehow, less flattering.