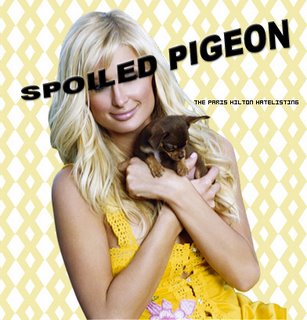 I am one of the many people that is over Paris Hilton. I think she is ugly, bowlegged, and a symbol of everything that is wrong with celebrity. The strange thing is that, as much as people dislike Paris, she won’t go away.

If I was a paparazzi photographer I would ostensibly not take her picture to make her mad. Well, until I realized that a picture of a drunk whoring Paris Hilton could make me enough money to feed a small African nation.

Because Paris won’t go away, many have taken to hating her overtly. I introduce you to the Paris Hilton Hatelisting.