It Is Possible George Michael Has Some Manner of Drug Problem 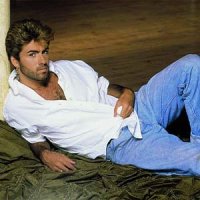 I was so excited to run this with the headline “George Michael’s Double Whammy,” but E! Online got to it first. Damn.

His partner, Kenny Goss, said “He’s fine and I’ve got him a McDonalds,” from which we can conclude only that Goss himself was still drunk at the time of the interview. Best of luck to Michael and Goss, and to the entire city of London. And, E! Online, I call dibs on the “Triple Whammy” headline in May.

(Hey Tiffy — it’s not quite the coke arrest we were hoping for, but I think we can say our prayers were answered.)