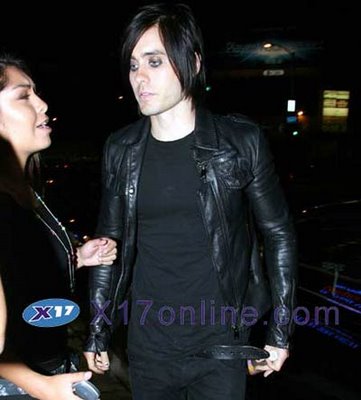 Ah, blog backlash. As a mounting wave of celebrity vitriol prepares to crash upon the shores of the next generation of opinion makers — those who don’t have to run their words past an editor — a once-hot Jared Leto has grabbed his eyeliner and is writing mean things about us on bathroom mirrors. Says Leto:

I think that blogs should die a sudden death. Itâ€™s just ridiculous. Itâ€™s like a playground for four-year-olds. People say and do things in the world of blogs that they would never do in real life, and I think itâ€™s a false experienceâ€¦The blog is yesterdayâ€™s parachute pants. Itâ€™s here now but itâ€™s gone tomorrow.

Here now but gone tomorrow? Maybe. But, with any luck, after a 10-year period of utter irrelevance and occasional Lohan-porking, blogs will start an unoriginal band and make an appearance on the VMAs looking like they just wrote a poem in Algebra class. We can hope, right?