Lindsay Lohan Tells Her Mom to Go to Hell 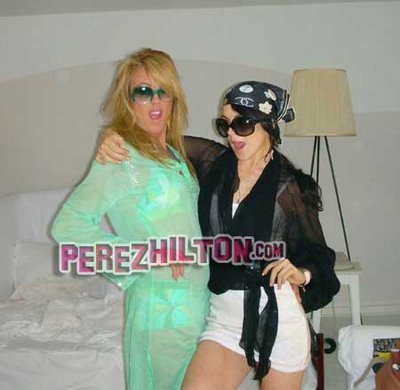 If you can believe it, all is not well in the Lohan household.

On Thursday night, La Lohan met up with her mother, Dina, at an NYC restaurant to celebrate her mom’s birthday. By the time Lindsay arrived, Dina and four friends were already pretty smashed, and by the end of the first course, Lindsay and Dina were cussing at one another. Lindsay told her mother to “go to hell” and left the restaurant for the Calvin Klein party at 7 World Trade Center, and later closed down B8.

Her mother stayed at the restaurant, crying and text-messaging furiously for the next 45 minutes, and apparently made five trips to the bathroom, coming back sniffling each time. Sound like anyone you know? The waiters had to help her out of the restaurant four hours later, after she’d paid the $2000 bill without tipping.

Poor Lindsay Lohan. On the surface, it must seem really fun to have a mother who’s every bit as much of an alcoholic and cokehead as yourself, but deeper down I can see how it might feel dysfunctional, unstable and petrifying.