The ‘Hoff: "Dude, I Totally Could Have Banged Princess Di" 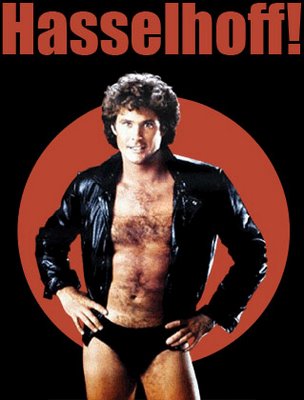 David Hasselhoff knows what it’s like to have his projects ignored. On June 17, 1994, the Baywatch and Knight Rider star aired a concert on pay-per-view from Atlantic City. The show was created to kick-start his singing career in the United States (he was already something of a sensation overseas). On the evening that it aired, a former NFL star by the name of O.J. Simpson led the LAPD on a slow-speed car chase on the 405. Most viewers chose to watch that, instead.

David Hasselhoff is not taking any such chances with the release of his autobiography, Making Waves. At the launch of his book last night, Hasselhoff chose to rely on locker-room talk about his relationship with none other than Princess Di. He claimed that Di was “smitten” with him and “sparks” flew between them when they met at a London charity event in 1993. Said the ‘Hoff:

I felt like she was a little girl caught up in this whirlwind. She was smitten with me since I was so tall. I was smitten with her since she was so tall. But she was married and so was I. I probably would have gone after her if circumstances had been different. In the end, I just wanted to be a friend and to hang out with her.

That’s right, dude. You so totally could have had Princess Di. She was totally into you, man. I mean, come on, you’re David Fucking Hasselhoff. From Baywatch. If Prince Charles hadn’t passed her that will-you-go-out-with-me note in Mr. Macker’s Brit Lit course, like, 5 minutes before you did, she would have been all over that shit, man.

It was generous of you to make sure she had the opportunity to tell her side of the story, too, Hoff. Smooth.