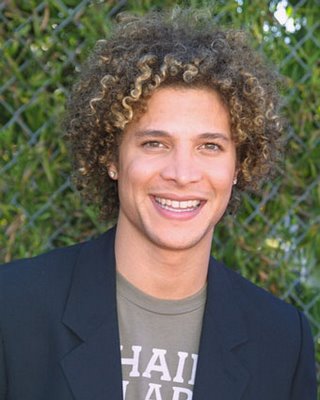 The kids over at JMansWorld, a Justin Guarini fan site (wrap your head around that), got wind of the little Justin Guarini mystery I’ve been trying to solve. And by “trying to solve,” I of course mean “not trying to solve.” Specifically, how was this guy the #1 requested celeb on E! Online for a significant portion of August 31 of this year? They did the digging that I was too apathetic to even attempt, and found an article on E! Online from August 30 titled “Making the Most of the ‘Idol’ Experience,” about the people who didn’t win AmIdol, and all the albums they haven’t sold since doing so. Guarini was only mentioned briefly at the end, and only in the context of his utter irrelevance today, but apparently E! Online’s readers know a good trainwreck when they see it, and enough of them spent some time rubber-necking to push him to the #1 spot on E!’s list of most requested celebs.

The well-meaning kids at his fan site have concluded that “The only explanation…is that people genuinely want to know WHAT JUSTIN’S UP TO!”

And you’re right, guys, that’s exactly what people want to know, but not because they hope to borrow their Mom’s Sentra to sing along at his upcoming mall tour; more likely, they are hopelessly intrigued by a life and a hairstyle more publicly embarrassing than their own.