Hey MTV, You Missed One 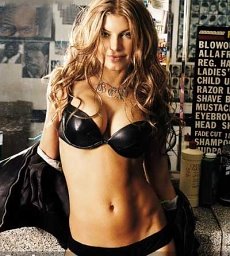 Someone at MTV’s in trouble.
I just listened to Fergie sing “I don’t give a fuck so here we go” on the MTV VMA’s Red Carpet Pre-Show. They caught the first use but missed the second.
The weird thing is that it’s 6:45 pm here in LA, meaning it is 9:45 pm in New York, where this was filmed. But it’s light outside on the TV. So, um, this was definitely pre-recorded (at least for west coast audiences). And they still missed it.