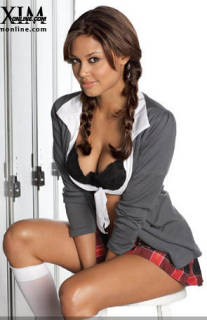 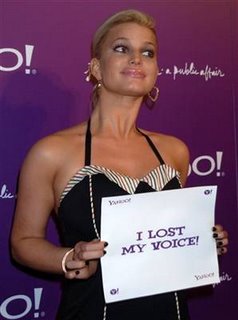 TMZ reports that Jessica Simpson walked into a lingerie store in SoHo with her entourage, and left with three sets of lingerie…
…the same pieces that Vanessa Minnillo wore in her Maxim spread. Minnillo has, of course, been romantically linked to Simpson’s ex, super-hottie Nick Lachey.
Hmm.
I smell a music video. Because the nation is just beginning to recover from “Cry Me a River.”
I thought this album wasn’t about Nick, Jess.

Gawker thinks it’s a PR stunt. That doesn’t have to keep the idea of it out of your bedrooms tonight, guys.