Evil Beet
When Bad Things Happen to Other People 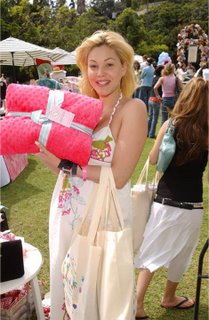 To the utter surprise of absolutely no one, super-skinny mega-tattooed rockstar Travis Barker filed for divorce this morning from his wife of two years, the ever- heavier and less-employed former Miss USA/Playboy eagle-spreader Shanna Moakler (I know, I know, she just had a kid, leave her alone, but this isn’t fucking therapy, it’s a gossip blog, and the girl has been large lately, and you noticed, too).

To: Celebrity couples
From: The Evil Beet
Re: Tips for a successful marriage

Hey! Celebrity couples! A few pointers from your friend the EB:

1) Not everything has to be so extreme. When the theme of your wedding is Nightmare Before Christmas and then you go and name your daughter Alabama, you become irreconcilable even as caricatures. Where in there is a marriage supposed to fit?

5) No, you can’t take the VH1 series either. If they have headquarters in Santa Monica, you probably shouldn’t let them film in your bedroom. (This is really a good rule of thumb for anyone trying to make it in Los Angeles.)

All my best,
EB

Update: In sorta related news, Kristy Swanson admits she’s pregnant, which is really, really good, because last time I saw a picture of her I was like “holy sweet Jesus, when did Buffy get so fat??” Seriously, I have no idea what this Skating with Celebrities business is all about; Kristy Swanson will always be the one and only Buffy in my mind.